ABOUT
Proxima B was made in 72 hours for the Ludum Dare game jam, and was originally released in August 2016. It's a top down shooter set on a distant planet. You crash land to find the remnants of an ancient civilisation, with most of the defence system still operating. You need to find the parts to repair a derelict alien ship and escape the planet's surface.

WHY WE MADE IT
This game was made for Ludum Dare 36, and the theme was Ancient Technology. We wanted to go for a sci-fi feel, and liked the idea of discovering ancient alien technology on a distant planet. It took us a while to get going in this game jam, and the time pressure meant we went for something fairly traditional. The level design and shooting mechanics could have been a lot better, but overall we still managed to get something fairly polished in the time limit.

CONTROLS & HELP
Gamepad – Left stick to move, Right stick to aim. Right trigger to shoot, A button to interact and X button to dodge.
Keyboard – WASD to Move, Mouse to Aim, Left-click to shoot. Spacebar is dodge and E is interact.
(Note: This game also supports various European keyboard layouts such as ESDF, ZASD and ZQSD)


Only the aliens respawn between screens, so try taking out the robots first. You will do much better with an upgraded weapon, so try exploring a bit. You will need to carry all the ship parts all the way back to the start, which is very tedious. This isn't very good and we're sorry, but that's what happens when you make a game in 3 days!

is this a sequel to not alone.

Hey I liked this game very much. You mentioned that the backtracking was tedious and I understand you had very limited time to make this, but here are some suggestions anyway:

The laser enemy: make it have a laser that doesn't hurt at first, that's transparent and becomes wider and wider for 2 seconds, make it so that it can't follow the player (the turret can either aim, prepare to shoot, or shoot)
That would make the gameplay more interesting.
For backtracking, if robots respawned (or only activated) after picking up an item, it would make coming back more fun. Atlernatively, being able to teleport (only yourself but not parts) at different places would have worked very well, similar to a check point system.

The enemy bullets are probably slow enough, but in tight spaces maybe making them even slower would have been alright
Overall good game and I played with a controller (gamepad) by the way. Thanks for putting that option in.

Hi, thanks for the feedback!  This isn't a game many people seem to play so haven't re-played it myself for ages.  I think all your points are valid, but we're probably not going to do any more on this - we just have so many other projects we want to work on! 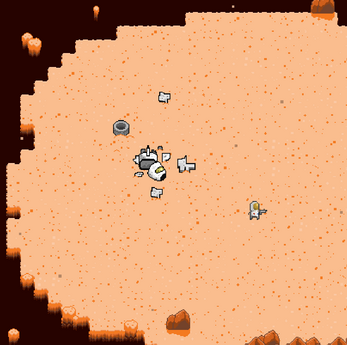 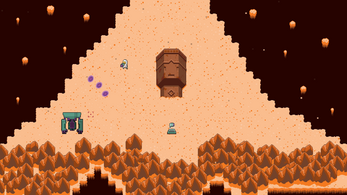 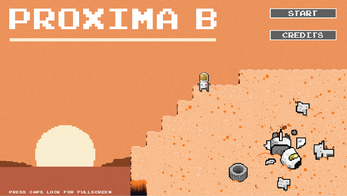 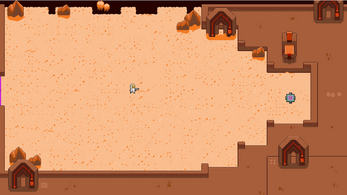 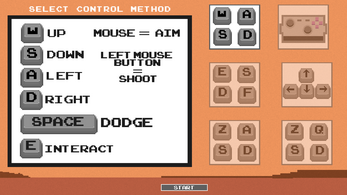